Improve Your English Proficiency by Joining a G30 Course

Many Japanese students ask me how they can improve their English language ability. The complaints I hear are similar – despite years of study in middle and high school, they claim, it is still a struggle to communicate with non-Japanese speakers.

My first piece of advice is that students should continue studying English in their language classes. They must learn the fundamentals of reading and speaking and much of this can be done with qualified instructors.

Another excellent option is to join a study abroad program for a semester or a year at one of Nagoya University’s many partner institutions. Using a foreign language daily with native speakers should have immediate effects. But what about those students worried about inadequate language skills, high costs, and concerns over safety?

I want to suggest that anyone seeking to improve their English-language skills should enroll in one of Nagoya University’s English-taught classes in the G30 international programs.  Studying an interesting subject, in English, may lead to a rapid improvement in your language ability.

1.   Did you know that Nagoya University offers hundreds of courses taught in English?

Since 2011, Nagoya University has provided the Global 30 (G30) International Program offering full undergraduate degrees taught in English. These include Automotive Engineering, Physics, Chemistry, Biological Science, Law, Economics and Cultural Studies. Nagoya University now offers hundreds of courses taught in English. Since 2018, we have encouraged Japanese students to join these classes in the NU-EMI Project. It would be a missed opportunity to not enroll in one of these classes, which ranges from introductory to a higher level. 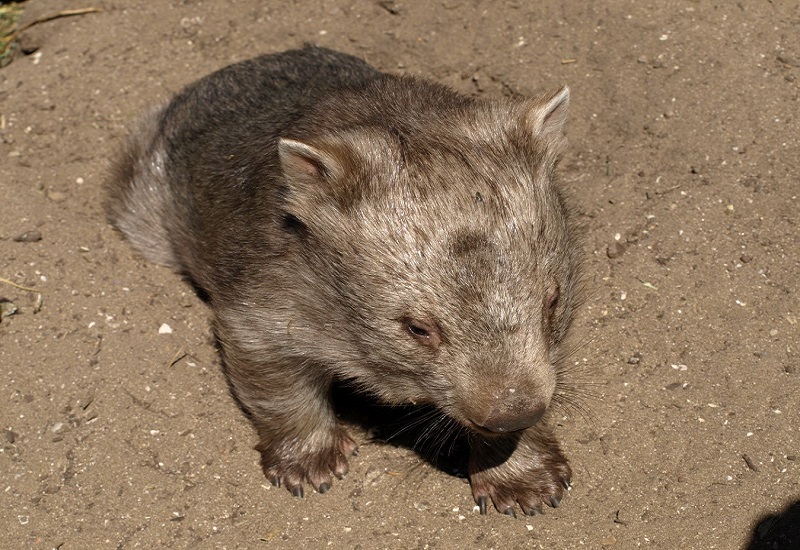 A wombat near Canberra, Australia (2006). On weekends, it was always fun to bushwalking so you would not have to think too much about  your studies.

2.   Take a G30 course to engage more with a subject you enjoy

Are you interested in Physics? How about Law? Picture yourself reading academic work in these subjects and talking about them to students and faculty members from around the world. You can do that right here on campus. One critical factor in whether a student tries to learn a new language is their level of engagement, meaning interest in the subject. Think of English proficiency as a tool, a tool that will help you unlock a gateway to another subject that already interests you. I know many international students who have learned Japanese because they want to watch anime and read manga. The same principle applies. You are more likely to pay attention in a class where the topic interests you than one in which it does not. G30 classes offer Nagoya University students a unique chance to experience this.

Studying a familiar subject in another language can be far more interesting than studying the language itself. In my case, I learned Japanese as a student in 1996 at the University of Victoria in Canada. In 1997, I studied Japanese at the Japan Foundation Kansai Language Institute near Osaka. All my classes were in Japanese reading, writing, listening and speaking. While I learned the fundamentals, the slow rate my language proficiency improved was frustrating. I must admit, it was getting a little tiresome just to be practicing kanji in class and reciting unrealistic dialogues with other international students.

The turning point was 1998 when I entered the Graduate School of Law at Nagoya University as a research student. Though most of my friends were international students, I figured that I could as well try to take an International Relations course conducted in Japanese. Though I could not understand much, I soon found myself fascinated by my professor’s explanations of Japanese diplomatic history and American foreign policy.

Although I had trouble following the classes for the first few months, through the repetition of vocabulary and phrases that come from the study of any subject, I soon found that I could follow close to 30 percent of the lecture’s content. Not great but not bad either. This comprehension would have been impossible without the two years of Japanese language classes. But it also helped that I was already familiar with many of the concepts and ideas from my previous Political Science courses in Canada.

In 2006, while a Ph.D. student at the Australian National University, I received a second Japan Foundation fellowship to do my research at Waseda University. But rather than spend all my time in the archives, I arranged with my academic supervisor to also take his graduate-level Political Science seminar. Once again, I found myself motivated to learn new Japanese vocabulary and express myself in a class on survey research and research methods. Just as before, I struggled to understand the vocabulary. But by continually writing unfamiliar words and phrases, I began to comprehend more of what my classmates discussed. Also, I loved the subject (Political Science) so I felt motivated to improve my language proficiency to join class discussions.

For Nagoya University students, taking a G30 course in a subject for which you already have an interest is likely to motivate you to improve both your knowledge of the course materials and your language proficiency. But make no mistake, you will struggle. If your language proficiency is too low, you may become frustrated. Before taking any G30 course, speak to the instructor first or maybe other students. Prepare yourself as well for the probability that your grade will be lower than to what you are accustomed to. I can attest, however, to the sheer joy you feel on the first day you can discuss a complex issue in a second language. 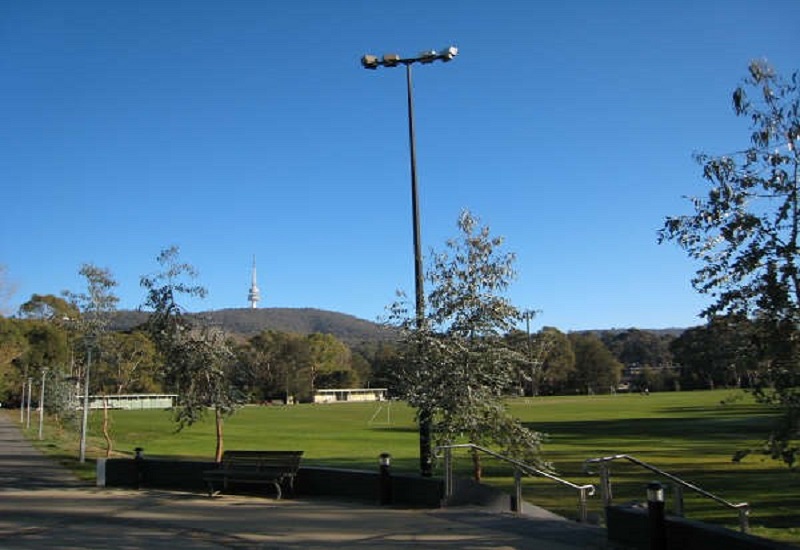 The oval at the Australian National University in Canberra (2006).

3.   Take G30 courses to communicate with other English-speaking students

How many international students at Nagoya University do you speak to each day? On average about one of every ten students on campus is non-Japanese. A friendship with some international students or just talking to classmates after a lecture can do wonders for your language skills. When I was a student, I spent far more time speaking Japanese to my classmates outside the classroom than I did inside. Conversing with someone forces you both listen and to produce words. It is much easier to chat with a person you share a class than a random stranger on campus. But as in any social situation, it takes effort to make friends. The good thing is that you will find most international students happy to talk to you.

To conclude, I recommend that you take advantage of the English-taught courses here at Nagoya University. If you plan to study abroad, then it might be a good idea to enroll in a G30 class before you leave and, again, after you come back. Many students complain that after returning to Japan from studies in other countries, they have few opportunities to use the language they learned.

Taking G30 classes may have significant benefits. Japan is a country with a growing number of foreign residents. After graduating, your company may ask you to improve your language proficiency and intercultural communication skills. Your future co-workers may not be native Japanese speakers, or you might be transferred to an office in another country.

Taking a G30 class might be a big step in improving your language proficiency and exposing yourself to a more diverse range of people and ideas. It even makes economic sense. Why would you pay private English conversation schools when you can take advantage of the education that Nagoya University offers? Remember Nagoya University’s motto of “cultivating courageous intellectuals”. Take a chance and enroll in a G30 class next semester.

An emu crosses a road near Canberra (2006). One of the great things about studying in Australia was the amazing wildlife you would see.